DPF Servicing. The what, why and how.

An important part of owning a modern diesel car is understanding the pros and cons vs a petrol engine and the unique requirements of the diesel engine.

Typically a (fuel injected) petrol engine takes fuel delivered at between 45 and 60psi, mixes the fuel with air and compresses it. Then a precisely timed spark from a spark plug ignites the mixture to push the piston down to make the power stroke. Engine speed is controlled by the volume of air allowed to pass through a throttle body.

When a diesel engine operates, diesel is pumped through 2 or more pump stages to reach a pressure of 12,000psi (or much more depending on make, model and other factors) before being injected into the engine along with air. This mixture compresses in the cylinder and combusts due to extremely high pressures and temperatures.

Because the exact timing of this explosion is not as precisely timed as a petrol motor, this contributes to the ‘rattly’ sound associated with diesel motors (although manufacturers such as Mazda and others are making progress with mitigating this).

A throttle body is not required for diesel operation although newer diesels have throttle plates to assist with creating engine vacuum as part of emissions control systems (more on that coming up). 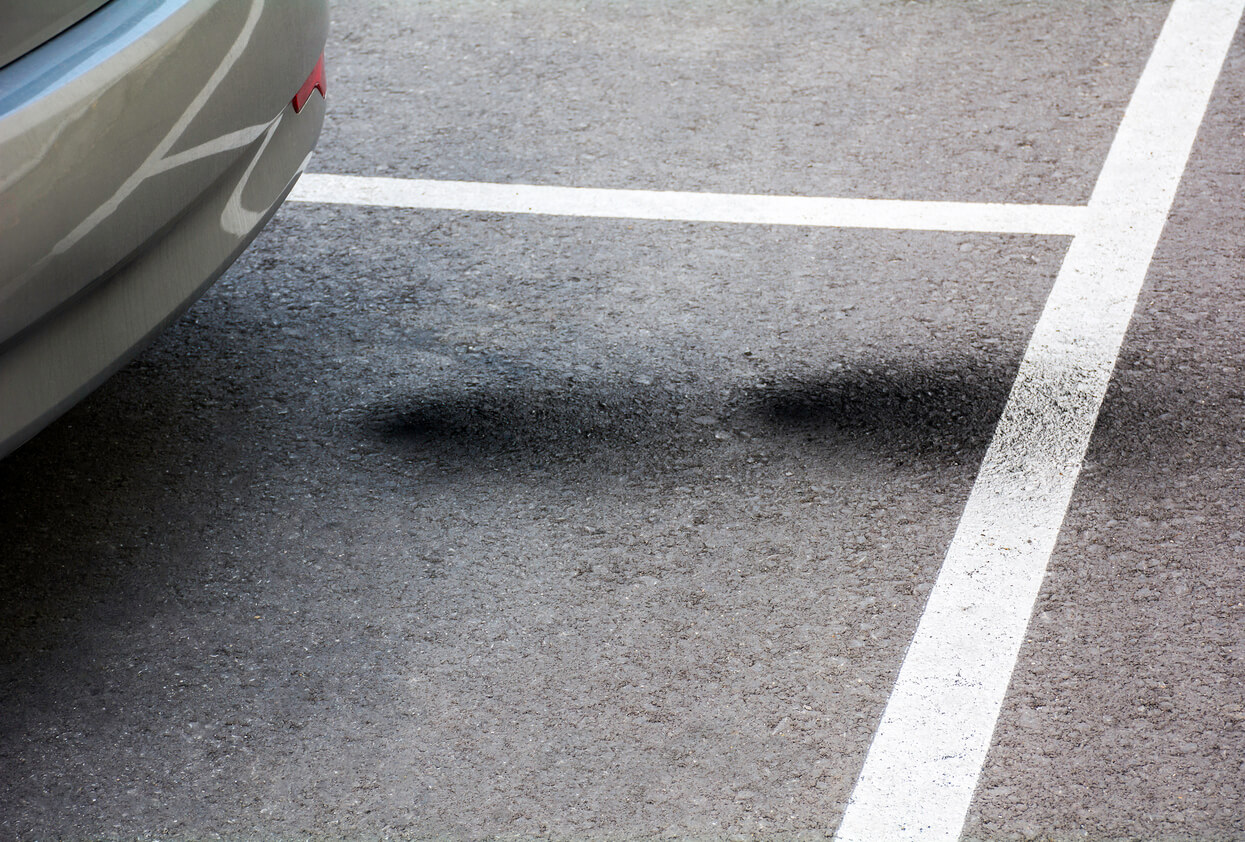 A large pro to diesels is that diesel fuel packs a lot more energy per litre than petrol. Because of the much higher combustion pressures a diesel motor is also more efficient whilst operating. The downside to this is, because of the imperfect timing of the ignition process is there is a portion of the fuel that passes through the motor, unburnt. This contributes to a very high amount of NOx and particulates in the exhaust gasses.

Here’s the point this whole article boils down to - as part of making modern diesels much more environmentally friendly, engineers have fitted them with a multitude of emissions control systems such as exhaust gas recirculation systems (EGR) that will use engine vacuum to draw in and recycle exhaust gas and direct a portion back into the motor to be burnt a second time, as well as the DPF system we’re discussing here.

What makes up a DPF system

At its core, the Diesel Particulate Filter, or DPF is a filter designed to filter soot and unburnt fuel from the exhaust system of a diesel vehicle.

This system works by storing soot and excess particulate and waiting until the exhaust reaches a critical temperature to burn it effectively. This can reduce NOx (nitrous oxides) and particle emissions by between 30 - 98% according to several manufacturers.

How to look after DPF systems

At some point or another, this filter is going to reach a point where it has collected so much soot, ash and unburnt byproducts that:

A: it will cause a significant exhaust pressure build up, resulting in loss of performance, increased fuel consumption as well as increased temperatures

B: it will fail to work as designed and be unable to act as an effective filter, allowing excess emissions to be released into the atmosphere.

In order to stop this from happening, all vehicles with DPF systems have ways to clean or ‘regenerate’ the filters before they get too saturated. Nearly all DPFs have a pressure sensor before and after the filter to measure the pressure difference, once the pressure reaches a certain threshold, the car will trigger a regeneration event.

In most normal cases, simply driving for a decent amount of time at highway speeds is enough to trigger the cars ECU to raise the exhaust temperature to around 600 degrees celsius (or hotter depending on the model) to initiate burning out the material in the DPF. This will usually last between 5 and 40 minutes depending on speeds and DPF buildup. 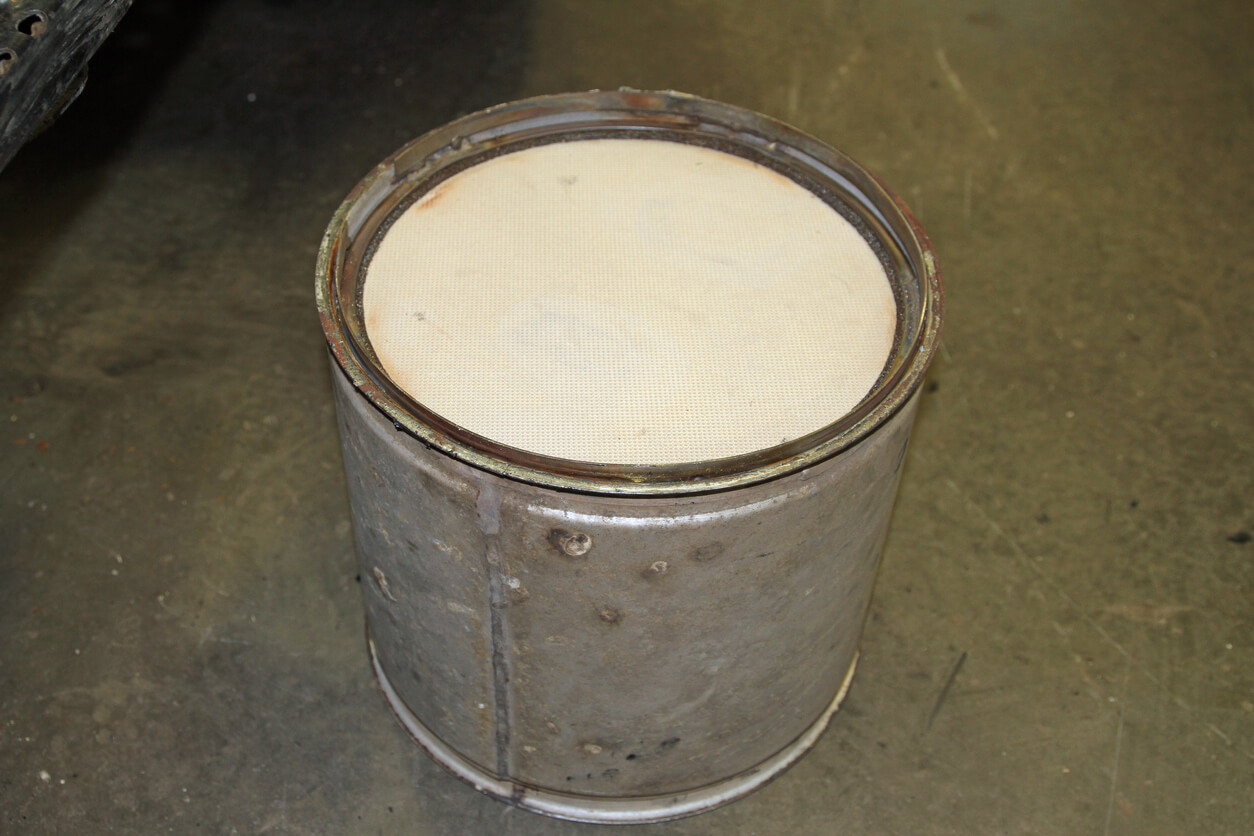 During the regeneration process, the soot and NOx normally unburnt from the normal combustion process that is trapped in the DPF is converted into harmless water and carbon dioxide.

It’s important to remember that your vehicle must be constantly moving for this type of DPF burn to occur. If you’re in start-stop traffic, the vehicle will not perform this burn.

As such, if you own a diesel car that rarely sees highway use and normally only gets used for short inner city trips, you’ll find your DPF may need cleaning at more frequent intervals. If the filter is bad enough, you’ll need to book it to get the DPF physically removed from the vehicle and professionally cleaned.

In the event that a DPF has to be removed from the vehicle to be cleaned, there is the chance it is too clogged to be salvaged and replacing the unit is the only course of action.

Even in a perfect world, DPF filters won’t be able to regenerate indefinitely. Most manufacturers specify an expected lifespan of between 150-250,000 kms depending on driving habits.

If you only tend to do short trips around town, your DPF will be lucky to make it to even 100,000kms.

If you’re experiencing odd smells, lack of power or an acrid-burning-smell from your vehicle accompanied by the DPF/Exhaust warning light on your dashboard, take your car for a nice long spin up and down the highway! If a long drive doesn’t clear the issue up, get in touch with Grease Monkey Autowerx today. We offer a range of tyres, wheels and mechanical services in Moorabbin and surrounding areas.